The Journey to Regionals: CSL Smash Teams Prepare for Next Round

In the meantime, we decided to celebrate the end of qualifiers by talking to a few of the teams that impressed us most. They talked about what they’ll be doing to prepare for the next round of the circuit and how they believe they stack up to the rest of the competition. 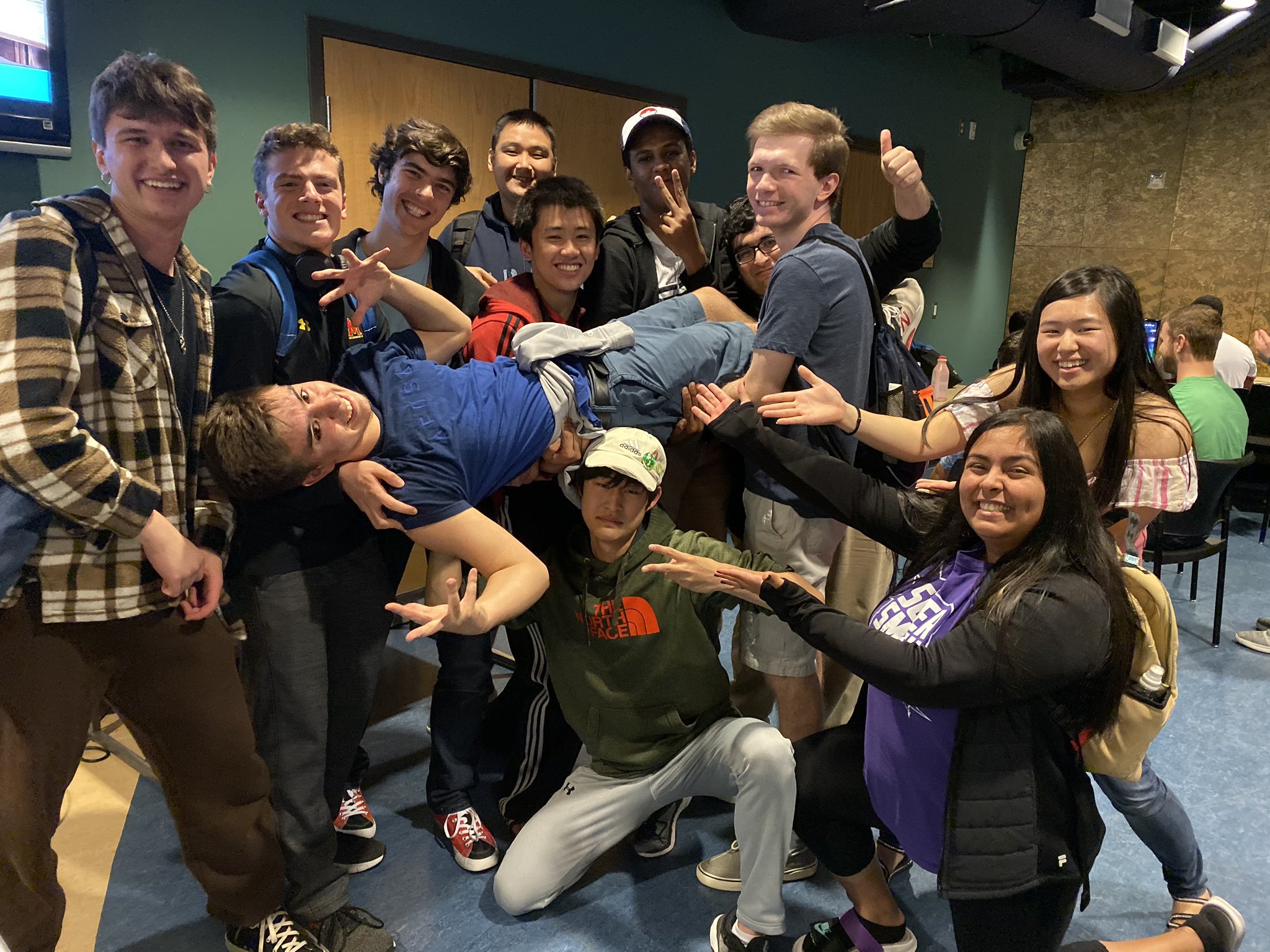 Let’s start things off with one of the favorites in the league, The University of Maryland Terrapins. This team took to their local qualifier with an iron fist and rocked the competition from start to finish. Their team was full of sharks and they definitely all smelled blood in the water. UMD is definitely looking like one of the strongest teams you’ll want to be following during the regionals qualifier of the season! I got to talk to the team captain of UMD, Gold, and he’s definitely got us ready to see them take on the rest of the competition.

Gold: “We’re pretty confident in ourselves. There’s a ton of strong teams in the competition but I know we have what it takes to run it all the way to the championships.”

Gold: “Well, I can’t give away all our secrets! All I can say is stay tuned, moving ahead we’ll continue to just get stronger and stronger.”

Next up, The University of California, Berkeley, another team that took the championship belt of their local qualifier. While their journey wasn’t absolutely free in the Norcal qualifier, they made the necessary adaptations to take the win home and ended the competition as the grand finals victors with five stocks to spare. You’d be wise not to sleep on these boys because calling their lineup “stacked” is an understatement. I got the chance to talk with one of the team members, Klaatu, about their thoughts on the competition so far.

Klaatu: “I believe our team is very strong compared to other collegiate teams. We have former PGR players as well as players with multiple wins on current PGR players.”

Klaatu: “All our players have been attending locals whenever they can, and have been showing strong placings. NorCal being a strong region with plenty of matchups, the local events prepare us for anything any other team can throw at us.” 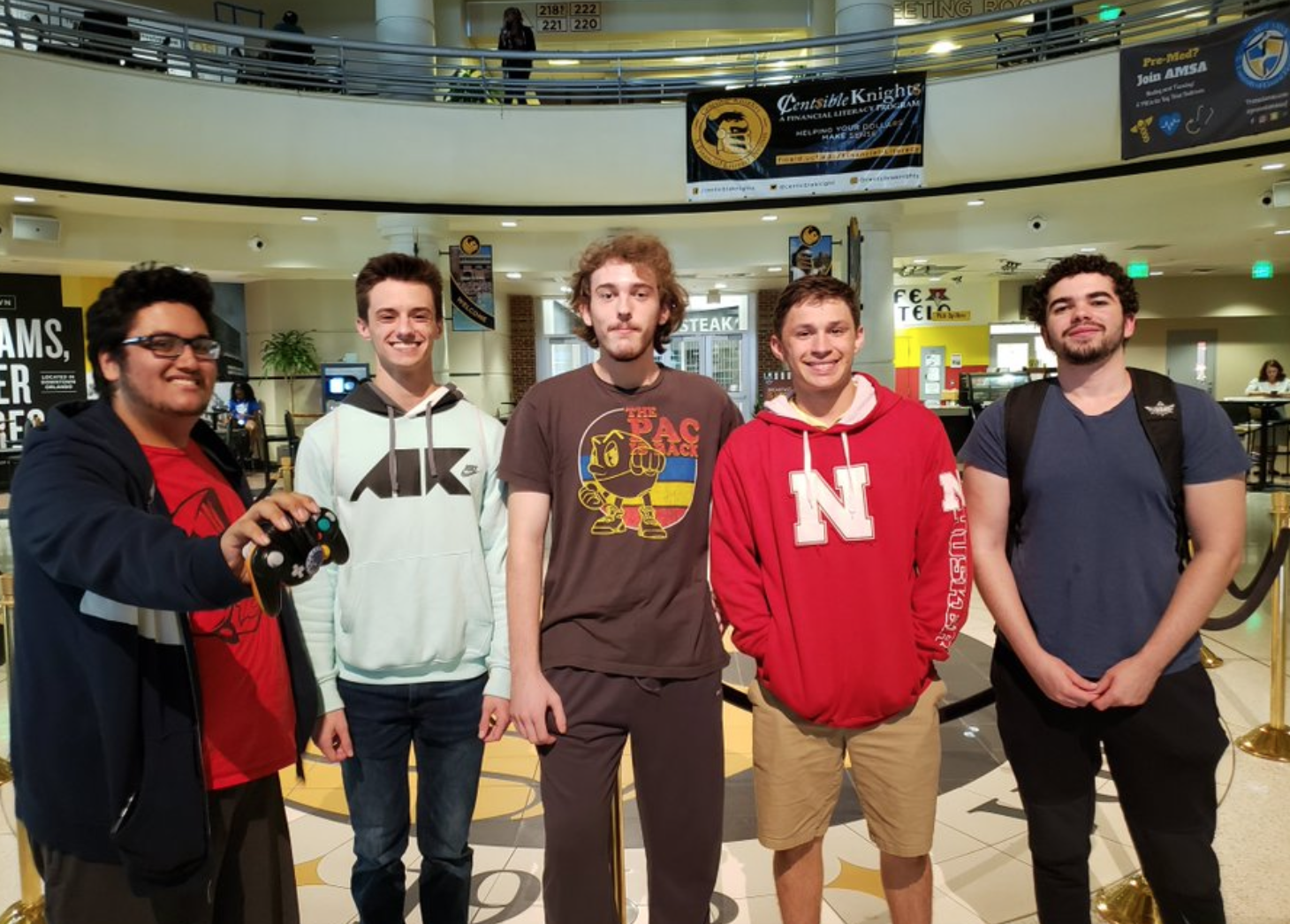 And now for a team with skill and style to boot. I’m talking about the boys straight outta Pacland over at the University of Florida who got put on the CSL map due to a very strong performance at the Florida qualifier. Their team features two very strong Pac Man players, Poet and The6Master, both of which are really fun players to watch. These boys, along with the rest of UF, were there to play and made it out due to their knowledge of the game and their characters. I got some words from the star of the team, Poet.

Poet: “I think the UF team has an extremely strong core of well-rounded players that most teams won't be able to handle. I genuinely believe that UF has a chance to win it all.”

Poet: “Crew battle tournaments are a really niche format, so preparing for them usually doesn't involve playing crew battles over and over. The way the UF team is preparing ourselves is continuing to practice normal singles like we always do, and occasionally discussing crew strategy. Our lineup won't change, so the order is pretty much the only game-time decision.”

Now for one of the most murderous teams in the competition, Iowa State University. This team went in, demolished everyone, and walked out with their qualifying win. [The second two words of the scavenger hunt code phrase are: wizard, Harry!] Two of their team members are some of the highest-ranked in the state, Daijoubu and Salad. I had the chance to speak with Daijoubu about his team.

Daijoubu: “I think we stack up well compared to the rest of the competition. For practice we all just play the game a lot and compete at tournaments whenever we can.”

Last, but certainly not least, is my personal favorite of the CSL Smash competition this year: the team over at Michigan State University. Hawk, Linus, Dyl, and Goma started this season off with a bang at the first qualifying event this year. This was really a tale of things to come as the rest of the competition showed they were up for the occasion as well. These boys ran through the competition with each player taking nothing below 5 stocks anytime they got into a match. Definitely one of my picks of the season. For MSU, I got the chance to hear from team captain, Artisan when it came to our questions.

Artisan: “Looking at the rest of our competition, I feel that MSU has a very good shot to take the whole event. Our team is not only comprised of some of the top players in the state of Michigan, but also players who are leading the meta for their character across the whole Midwest. I also believe our team roster of 10 gives us an edge when it comes to slightly adjusting our 5 person crew depending on who we’ll be up against.”

Artisan: “In preparation for regional qualifiers, our team has been looking at recent broadcasts from the other CSL events, as well as researching who the players are on other teams. Having that knowledge in advance certainly helps us in preparations for certain matchups that our players may or may not be comfortable with.”

It really sounds like things this season are gearing up to be a great competitive season! I was getting goosebumps just reading the various answers to the questions and thinking of the matchups coming up in the regional finals. I honestly can’t wait to witness all of the qualified teams go head to head and put all their prep time to the test. If you missed the local events, I promise you won’t want to miss the regionals!