Two weeks ago, the Pacific Alliance of Collegiate Gamers officially announced themselves to the world. Representatives from eleven of the PAC-12’s dozen schools banded together to form a pseudo-PAC-12 in the esports world after the Power 5 conference decided not to pursue the creation of any official PAC-12 esports initiative, despite initial statements in competitive gaming’s favor back in 2016. What is most important about the PACG, however, is the questions that the organization provokes vis-à-vis competition oversight and governance in the longue durée for collegiate esports.

At the heart of things, the PACG is a symptom of frustrations among the esports-inclined students at the PAC-12’s member schools. The movement started just after the PAC-12 backpedaled on its initial statements in favor of esports back in 2016, reportedly because the various member schools could not reach a unanimous decision in favor of an esports initiative, according to ESPN’s Jacob Wolf. In response, the students themselves decided they would strike out on their own in an effort to change minds.

“We wanted to bring and elevate all the other PAC-12 schools, unify them, and show this united front to the PAC-12 that esports is here to stay, that it’s real, and that it isn’t this artificial construct that’s being held up on stilts.”

“We were just like, ‘wait, what? Are you kidding me?’” remembered Sam Morris, one of PACG’s three co-commissioners and Utah Crimson Gaming member. “So me and [Crimson Gaming Director] A.J. [Dimmick] basically got together and said, ‘Alright, PAC-12’s not going to do it. Let’s do it anyway.”

Crimson Gaming reached out to various student groups on PAC-12 campuses and built a league that is meant to send a very direct message to member school administrations.

“We wanted to bring and elevate all the other PAC-12 schools, unify them, and show this united front to the PAC-12 that esports is here to stay, that it’s real, and that it isn’t this artificial construct that’s being held up on stilts,” Morris explained.

The drive behind that sentiment is a desire for wider support for collegiate esports, certainly, but also the push for visibility at the collegiate level. According to fellow PACG co-commissioner Jack Callahan - a University of Colorado, Boulder sophomore and esports coordinator - “All of us have really seen in esports that there’s a need to build some things off of regular sports. We really wanted to build off of what was already there.”

The biggest thing that is already out there, according to both Callahan and Morris, is school rivalries. The PAC-12 has some of North America’s fiercest intercollegiate rivalries, and the identity that schools derive from those rivalries, according to Callahan, plays a massive role in garnering support.

“It makes it easier for people to connect to what we’re doing,” he explained, referring specifically to CU’s rivalries. “Alumni just want us to win.”

Since the key to getting wider administrative support is showing that there is more general support among the school’s students and alumni, these rivalries are a gold mine for collegiate gamers looking to go official. They come not only with widespread recognition and resonance, but also easy branding. Morris noted that some of Crimson Gaming’s most successful events were those intercollegiate rivalries, like the Holy War: Utah’s annual competition versus Brigham Young University. Capitalizing on the rich competitive history of these schools, the PACG hopes to show the PAC-12 that esports can still capitalize on rivalries in a meaningful way across esports. The Big Game, between the University of California, Berkeley and Stanford, is just one of the rivalries upon which the PACG hopes to capitalize. - Image Credit: The Sports Fan Journal

In order to achieve that, the PACG launched a competitive season that is broadcast on the Crimson Gaming Twitch channel all through the week, featuring League of Legends, Overwatch, Hearthstone, and Rocket League play. They hope that combining some of college’s biggest rivalries with gaming’s biggest streaming medium will help them send an indisputable message to the PAC-12 and the Power 5. As of yet, however, the PACG remains a protest, in the words of Callahan, against the PAC-12’s decision, not a concerted push to create a new monolith of the college scene. There are currently only plans for a first season of PACG play, and no current plans for a second one.

“We know the PAC-12 is looking at what we’re doing...and they’ve left us alone so far,” said Callahan, who thought this was an encouraging sign. He noted that the organization is interpreting the PAC-12’s tolerance as an invitation to make their point, and, according to Jacob Wolf’s ESPN article, the co-commissioners may not have more than two university presidents to persuade. 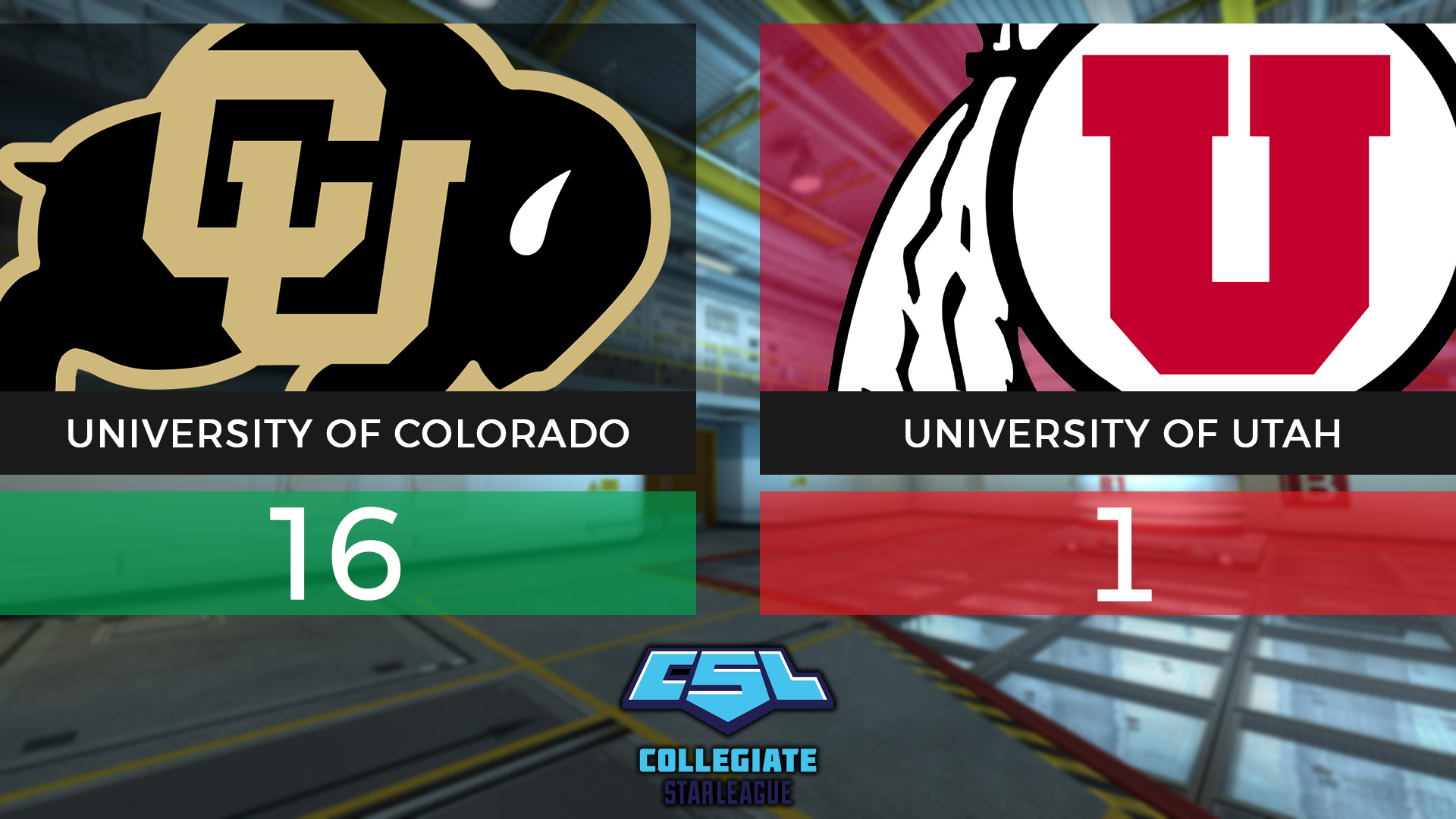 One group that they will not have to persuade is other collegiate esports organizers. Michael Brooks, Executive Director of the National Association of Collegiate Esports, stated in an email that, “I think this student led group and other organizations continue to highlight the groundswell of interest in competitive gaming. At the [NACE], our focus is entirely on the varsity esports space – so any endeavor that helps move the needle for institutions in launching a varsity program is something we support.”

The PACG certainly hopes they will be able to get the PAC-12’s needle moving. The real question then, is what would happen if they succeeded.

In the long run, PACG is an organization that could have a tremendous impact on the collegiate esports ecosystem. The difference between the PAC-12/PACG dynamic and that of other athletic leagues involved in esports, like the Big Ten or the Peach Belt, is the fact that the PAC-12’s involvement in esports is contested. This could very well be one of those catalytic moments that turns the collegiate esports world in a new direction very abruptly.

For starters, both Callahan and Morris maintained that the objective of PACG is neither to compete with other leagues like Collegiate StarLeague, TeSPA, or AVGL, nor to overthrow current governing organizations like the NACE. Their objective is to persuade the PAC-12 to reconsider its previous decision on esports. 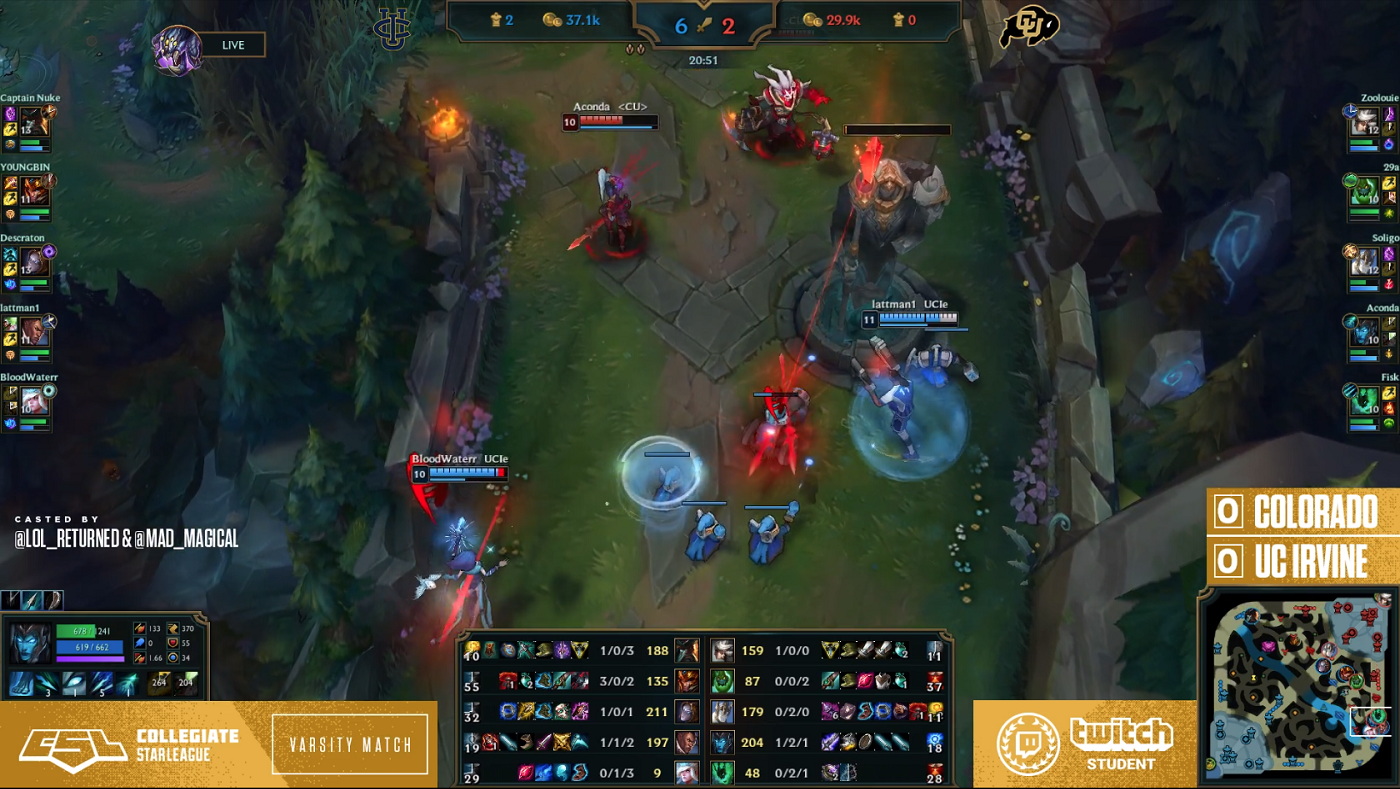 The entrance of the PAC-12 could legitimately shift the entire base of power at the collegiate level, not only because they are a Power 5 conference - we have seen that being Power 5 does not guarantee success in League of Legends, certainly, as the Big Ten failed to make waves in the College Championship last season - but because they are a Power 5 conference that sits in a very rich esports region and already has one established scholarship program in Utah. A more united PAC-12 with a stronger infrastructure could very well loosen the Midwest’s hold on the collegiate level right now. It could even provide an incentive for other Power 5 conferences to make an entrance into esports.

"I think everybody’s kind of preparing for that time maybe five years from now when you have two or three hundred scholarship programs and you have to distance yourself from the pack."

“The [Power 5] conferences will start to tip the scales away from Columbia and Maryville and RMU toward the big state schools,” Callahan predicts.

Small powerhouse schools like Columbia College (MO) are very conscious of the historical moment. When asked about potential long term implications of a more involved PAC-12, Bryan Curtis, Columbia College’s Director of Esports, said that, “It’s only a matter of time before these Power 5 conferences and Power 5 schools jump on board, and I think it’s awesome.”

“We’ve talked about this [bigger schools entering the collegiate space more forcefully], and I think it’s going to make it more challenging for these smaller schools,” he continued. “We’re really trying to establish ourselves as a top tier collegiate esports program...we don’t want to get lost in the mix. I think everybody’s kind of preparing for that time maybe five years from now when you have two or three hundred scholarship programs and you have to distance yourself from the pack.”

The actual state of growth when it comes to the big movers and shakers in the Power 5, however, remains nebulous. Curtis, a member of NACE’s Board of Directors, explained that the governing organization expects to nearly double its membership, which currently sits at around sixty schools, this coming year. Commenting along the same lines, however, Brooks wrote that, “We work with many conferences across all divisions of traditional athletics. Right now what we are seeing is conferences ‘putting their toe in the water’ by launching competition at the club level through primarily their media networks. From the feedback we’ve received from commissioners there is still quite an uphill battle to convince conferences as whole to put resources or lend legitimacy to the esports space.”

The PACG might just change that. We will not know for sure until season’s end. For now, as Morris put it, “PACG is essentially about elevating collegiate esports at these universities.”

You can find more information about the PACG on their website. They will broadcast League of Legends on Mondays and Wednesdays, Overwatch on Tuesdays, Hearthstone on Thursdays, and Rocket League on Fridays this Spring on the Crimson Gaming Twitch Channel. As always, don’t forget to follow Collegiate StarLeague on Twitter and Facebook for all of your collegiate esports news, analysis, and op-ed content!

Matt Howard is the League of Legends editor for Collegiate StarLeague. He is also a Master’s student in History at the University of Houston finishing a thesis on League of Legends esport as a study of Web 2.0 culture. Find him on Twitter @EHyungNim.