Recap with Rutgers: Learning and LANing

Earlier this year, we talked to returning players about what they expect from themselves and from the season. We are halfway to the Playoffs and the $1000 Winter Invitational is underway but Diego “StormSoldat” Corea and the Rutgers Dota2 team are absent from the bracket. We sat down with Corea and Aaron “Aaron” Landry, the coach, to talk about Rutgers’ high hopes and their plan to earn a spot on LAN. 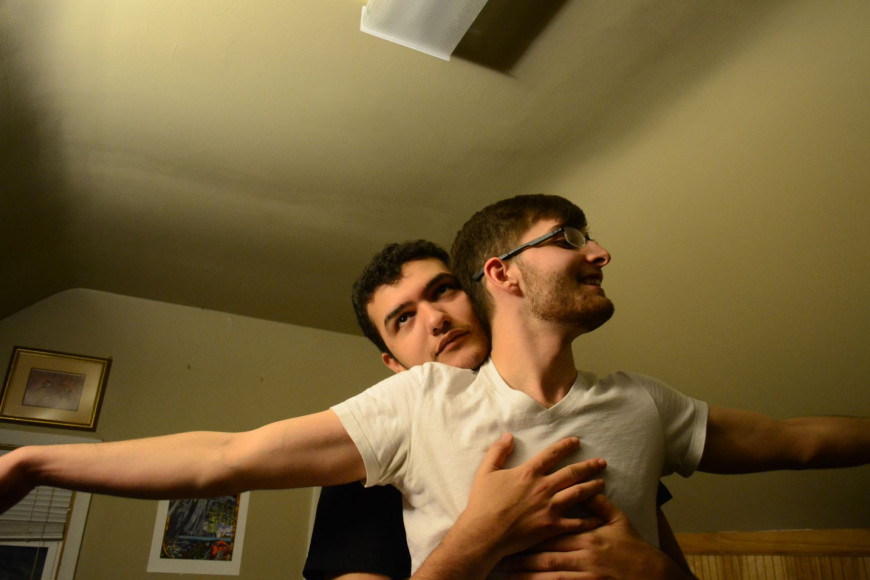 Corea, a returning player, has taken over as captain of the Rutgers team from the offlane. However, part way through the Fall, Aaron relieved Corea of his role as drafter because of the extensive work Aaron would do preparing for each match. Corea agrees with Landry that drafting from the offlane “feels kind of weird” and everyone believes the change is for the best. However, returning in the Spring, Corea has changed his role to support and will be taking back control of drafting:

"I am going full PPD mode!” Corea laughed. “I like to think my team has more faith in me... Aaron gives a lot of advice after scrims and I always take Aarons feedback into account."

Corea told the Collegiate Starleague that he expected to make it to LAN this year, but Rutgers was unable to earn a spot in the Winter Invitational with the best teams of the Fall. Corea and Landry assured us that Rutgers has not been disheartened by their performance and intends to see the faces of their competition live when Rutgers takes first place on LAN:

Corea: We are going to make it to the LAN. If we face RIT in the finals, we will win.

Landry: Double elim, we can win!

Corea: As long as we don’t face RIT and then Stony Brook right after, we’re fine.

Corea: I am a little scared of Stony brook, I don’t know that much about them. Shoe is a stone cold killer. Corea on the Way to Rank 1

Corea has diligently been preparing for the second group stage, making sure that the Spring will not be the end of Rutgers’ run this year. Over the break, Corea’s solo grind has earned him a spot in the top 500 on the North American Leaderboards as well as offered him insight to better himself and his team.

Corea’s first step to his successful solo training is to “play more seriously by paying more attention to what [he is] doing in game.” Working on himself gave him the confidence and ranking he needed to get into games with legendary Dota players. Corea’s confidence and accomplishments were called into question when Mason, a player who placed third at The International 2014 with Evil Geniuses, critiqued Corea’s play in a high-level match:

The moment that broke me was when I got flamed by Mason. Whenever you get flamed by a pro player, do whatever they tell you to do, but do it in every single game. My overall understanding of the game got a lot better. The core of it is pretty simple, it’s just getting to the realization.

Corea was only brought down by a professional player temporarily. He built himself back up and is even better than before and he wants to bring the success he has achieved in solo play to his teammates and their competitive matches:

My understanding the game is so much better and now I can better direct my team. I know what I want to pick each game. We have a solid understanding of the game, but we need to work on our execution, that is the only place we are lacking. Our problems can be easily fixed.

Corea has identified his team’s weak spots and knows how he wants to tackle that challenge. Landry’s job is to identify the weaknesses of the teams in their group:

Easy games, dude! I am expecting a 5 - 0 in our group, we are probably not going to lose a single match... as long as nothing stupid happens. The playoffs don't seem hard; however, we will get seeded lower because we didn’t make it into the Winter Invitational.

Landry has also identified areas where his “boys” can improve and hopes Corea will be able to help out. Landry knows that “the team can improve on their [positive mental attitude] during the matches, especially during the laning phase.” Corea gets annoyed when he is captaining and people are not doing what he asks, but he has been able to “mellow out” more due to his time playing solo matches.

You “need to be able to get over bad games and keep queuing” if you want to show up on the leaderboards like the captain of Rutgers.

“If I get tilted, then the team gets tilted” says Corea. Landry and Corea agree that the captain controls the atmosphere of the team and that he will need to maintain a positive mental atmosphere to achieve success. Diego added that “it’s my responsibility to keep it together even when it’s tough. If anyone has to be level headed it has to be the captain. It’s something I am working on.” The Rutgers Dota2 team will be battling for a spot in the Playoffs against the other teams in Conference #6 - you can check out the groups on our website. The CSL broadcasts matches live every week and you can find Dota live on Mondays and Wednesdays at 7PM PST / 10PM EST on our Twitch page. You can keep up to date with the CSL on Twitter, too. We will keep you up to date with Rutgers and every other Dota team as the season progresses.

Landry and Corea gave a passionate cheer to their division 2 teams who have both qualified for playoffs:

Shoutout to our D2 teams, both of them made it and Timball760 drafts like an idiot!