Giving Thanks to Icefrog: Patch 7.20

This year, we give thanks to Icefrog for patch 7.20. Dota 2 is a maddeningly complicated, insanely intricate, and more rewarding than any other competitive game on either side of the river. The new patch revitalized the public and competitive space and contributed to the most exciting year of collegiate Dota yet. When we return from the winter break, the invitation will begin and the top teams will test their ability to outplay and out-adapt their opposition. The foundation has been lain and first blood has been shed, but this year is just getting started. 7.20 mixesup the mechanics of Dota, but the passion and bloodlust remain. Take a look at the Collegiate Starleague’s guide to 7.20 and what to expect when we return after the break.

Don't have time to read everything? Click where you need to be!

Since Patch 7.06, the laning phase dominated Dota and players who dominate the laning phase have been at the top of the food chain. Free farm in lane could be seen as a win condition, offering the free farming core a massive gold and experience lead on their opposition. The new patch deemphasized the lane as a win condition because free farm no longer ensures a massive experience lead.

Creep denies now offer gold to their denier rather than 25% of the experience. This means that heroes, especially supports that can help secure denies, will rise in popularity, and players who perform flawlessly in the laning phase will have a new injection of gold.

Because of the finite amount of resources on the map each minute, adding gold to denies increases the amount of gold potential on the map and likely will emphasize itemizing correctly for each game. Properly denying will be the first step to becoming a dangerous Dota player in 7.20, knowing what to spend the gold on is the next to a successful assault of the Ancient.

Stat bracers. In the latest patch, the Bracer, Null Talisman, and Wraith Band have been buffed and are being purchased as if the Shopkeeper extended Black Friday deals on his wares. Seeing a bracer on every hero in the game has become a common sight; in fact, many agility heroes who rely on attack speed are opting to purchase three - even four - Wraith Bands. Why are the bracers so popular and what does this mean for the game?

The Bracer - including the agility and intellect counterpart - is an affordable way to turn net-worth into a tangible advantage in-game.

Gold is only useful if you can use it to your advantage. The stat bracers offer an affordable way to turn the spoils of a lane into a dominate early-mid and mid game. Furthermore, teams that draft Terrorblade, Spectre, Medusa, and other heroes deemed as late-game insurance are not as reliable because of the advantages the stat bracers offer early on. Dota is a faster game because of the stat bracers being a powerful use of early game gold, which creates opportunities to snowball in the early and mid game. 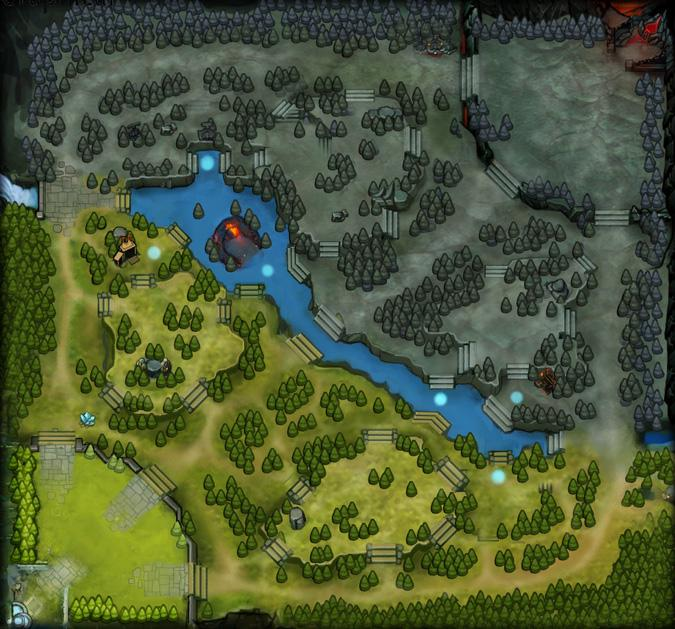 This is the largest map change we’ve seen since 7.00 released 2 years ago. Both jungles have changed dramatically, resulting in 2 high ground regions that dominate each team’s respective jungle sides. Like the change to denying allied creeps, this new map affects everything. It might seem like it is easier to ward now that the jungles have such large open spaces that allow a single ward to cover a large area, but with sentries covering 1000 vision now, counter-warding is that much easier as well.

The high ground offered by these areas also offer fantastic spots to start an offensive on the enemy tier 2 towers, as well as a staging point to defend your own tier 2’s. You don’t have to be a Star Wars fan to appreciate the importance of high ground, but CSL players will have to try and quickly learn the map so they can intuitively know when and where to position themselves at key moments.

Armor was subtly changed in a number of ways. The armor formula was changed but only has meaning if you remember what the old formula was, are good with math, and can calculate effective HP on the fly. Basically, all heroes and all buildings have less armor in the early stages of the game, but this makes it easier to acquire armor and tank up against physical damage due to these reduced starting values.

Part of the reason why some agility heroes are doing so well in pubs and qualifiers right now is because of how quickly their armor stacks up from their own agility gain as well as their three or four Wraith Bands. The armor change also technically makes magic damage more desirable since magic damage would completely circumvent these suddenly very tanky heroes. Agility heroes with high magic damage potentials would excel, like Faceless Void, Meepo, and Slark. 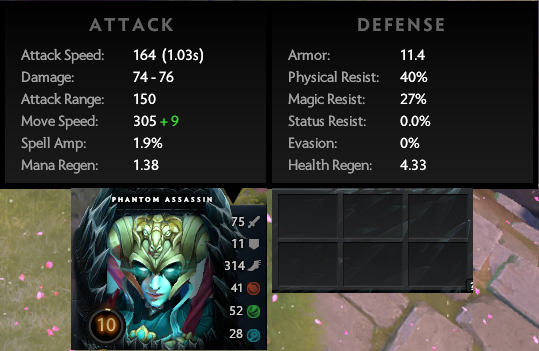 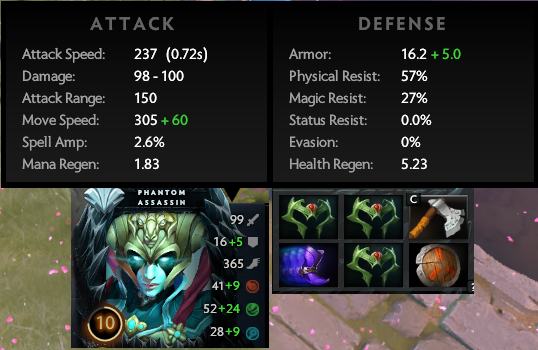 Another important change to armor involves Cleave. Standard Cleave was increased in distance and width, but Cleave no longer ignores the armor type of each unit. While this may seem like a big nerf to Cleave, most interactions will not be affected much. Sven will still be able to farm ancient stacks, Phantom Assassin can still 1-shot creep waves, and heroes Empowered by Magnus still do a lot of damage. The main interaction that is directly impacted by this is Kunkka. No longer will Kunkka be able to build multiple Daedalus, crit a creep next to an enemy team, and wipe out an entire team.

An additional slot for a Town Portal Scroll also means an additional hotkey for many players. The minor inconvenience of having to re-learn and re-keybind inventory hotkeys has come with a great reward, however. Heroes that suffered from inventory slot problems in the past have been inadvertently buffed.

Frontloaded heroes like Sven and Tiny are the most deadly when they can get on top of their targets to unleash their potential. Because of their playstyle, their itemization choices do not offer a lot of room for creativity. After they purchase a Black King Bar, Blink Dagger, Scroll of Town Portal and some form of boots, there are only two spots to work with - excluding the backpack. The addition of an inventory slot specifically for TP scrolls provides heroes who previously did not have leeway to be creative with itemization an additional slot to work with. All heroes will be able to scale into the late game without having to worry about being caught without a TP scroll or waiting six long seconds to return home when their Ancient is under assault.

It may not be the biggest buff in the world, but removing Town Portal Scrolls from the inventory increases the amount of inventory space available and therefore the potential for itemization on heroes that are reliant on their items to be useful.

Movement speed and boots were changed in a couple simple but significant ways: all movement speed items give percentage based modifiers rather than flat values. Phase Boots and Power Treads were changed, so now Phase Boots gives armor and attack speed, while Treads give stats and damage. The choice between Phase and Treads might be different than it was previously, but it’s still a choice depending on your hero, play-style, preference, position, and role for your team. Like most of these changes, it is difficult to quantify just what they mean until you try things out and get a feel for them yourself. One thing that is immediately noticeable is that with the change, agility heroes become incredibly fast with only a few items.

Many items have been added or changed. The new additions are: Ring of Tarrasque, Holy Locket, Crown, and Kaya combinations with either Sange or Yasha. Ring of Tarrasque is a 700g item that is more or less half of a Vitality Booster and Ring of Health, giving 3.75 hp regen and 150 health; great for heroes that need just a little bit of sustain in the early-mid game or want to buy a Heart of Tarrasque later. Holy Locket is a 2650g item that gives everything supports want: health, HP and mana regen, and magic resist. Holy Locket boosts all heals and HP regen by 25%, but with its stat line it is still a very efficient item for supports. Crown simply gives +4 to all stats which isn’t too exciting and you’ll need one for Drums of Endurance or Rod of Atos. The Kaya combinations simply give 4% more mana loss reduction and spell amp, but being able to “upgrade” Kaya opens up new builds for heroes that the item was already good on.

Many items were changed, the most significant of which is Solar Crest. Requiring a Ultimate Orb instead of a Talisman of Evasion, Solar Crest’s activation is significantly stronger. When cast on an ally, it gives them 12 armor, 70 attack speed, and 10% increased movement speed. When cast on an enemy it does the opposite, making this a very strong item for ganking heroes like Night Stalker, or on a support to bolster a hero when pushing high ground. In the months to come I look forward to seeing all sorts of builds as the meta shifts and develops.

Last of the item changes but certainly not least, is the change to Black King Bar. The only direct change to BKB is the fact that the recipe costs 1450g now. The major change involving BKB is the change to many abilities so they no longer pierce spell immunity. The list is far too long to go into here, but some notable examples are: Poison Sting, Natural Order, Wave of Terror, and Sunder. BKB has always been one of the defining items of Dota 2, and one that every core hero should consider purchasing at some point of the game, but as someone that hated buying the item in the past, these changes make the item much more desirable. For the most part, activating BKB in 7.20 now does what it has always been supposed to; make you an unstoppable golden god. 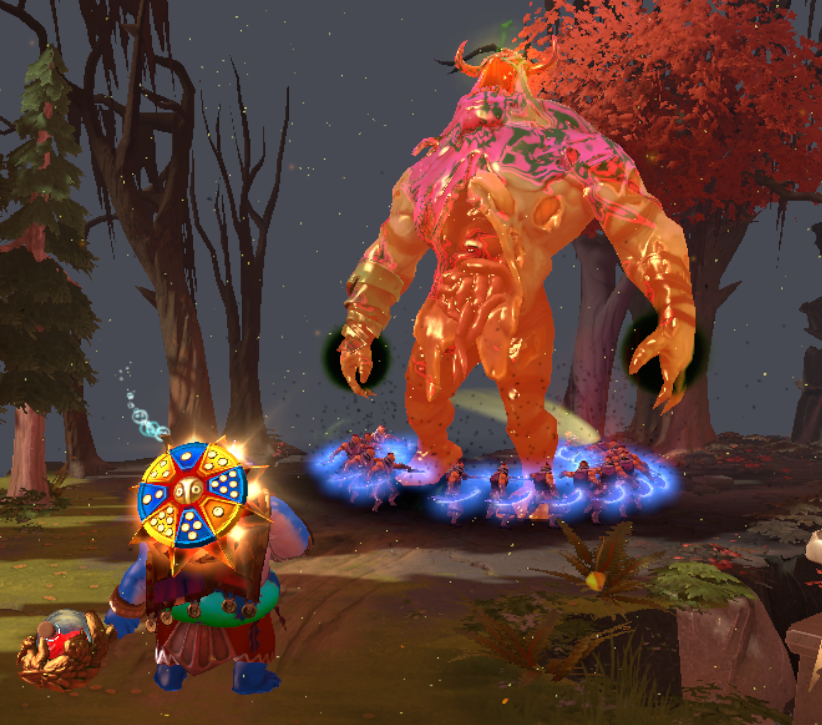 Bane synergizes with allies that benefit from the prolonged duration of their debuffs while Rubick synergizes against heroes in the same manner by stealing their spells. New mechanics have made Bane and Rubick more powerful by themselves, but their real strength is how they work with the other heroes in the game. Their rise in power will accompany a rise in pick rate, especially for Rubick who has a fresh new Arcana headed his way. If you do not want to learn these heroes, take your time to learn how to play with and against them. Anyone resisting their status as powerful supports has already had their brain sapped.

Grimstroke’s addition to Captains Mode is more important to Dota as a whole than increasing the competitive roster by one. We are likely to see specialists pushing this hero to his limits and potentially some deliciously cheesy strategies at the top tier of the CSL.

Heroes that synergize with Grimstoke will see an increase in popularity, and the necessity to learn the hero in order to remain competitive will have theorycrafters and cheese lovers looking for the most entertaining and dangerous combinations. Watch out for Grimstoroke because he dominates players who refuse to give him the respect he deserves.

We hope you have enjoyed this “brief” analysis of patch 7.20, a patch that has already received 2 minor patches at the time of this writing, and will likely receive more when pro teams are not actively playing in major qualifiers. It’s important that you remember that Dota is an incredibly complex game that is always changing, and even the most experienced players can’t foresee everything. You can read and memorize every change, but there will never be a good substitute for playing and contextualizing these changes yourself.