As the CS:GO league powers on, we’ve seen some consistent winners as well as fiery competition among the standings. Let’s take a look at these past three weeks of matches and what you can expect to see going forward.

Out To Win It Again?

If the teams going up against York University were snow, York would be the snow plow. Consistent 2-0 wins show that the team has no intention of slowing down from last season’s victory, and it seems they intend to keep their champion status. Their next match is on November 16th against University of Toronto Esports, who hold a 3-1 record (which is nothing to scoff at). Will York continue their domination, or will they succumb to second place on the power rankings? Find out next week!

"First The Worst, Second The Best"

Hot on York’s heels is the University of California, Santa Cruz. After taking second place last season, UCSC hit the ground running this year. Much like York, they show no sign of stopping: UCSC boasts a 4-0 win record so far this season. Their match on November 16th is against one of their University of California neighbors, UC Berkeley, who also holds a very strong 3-1 record. 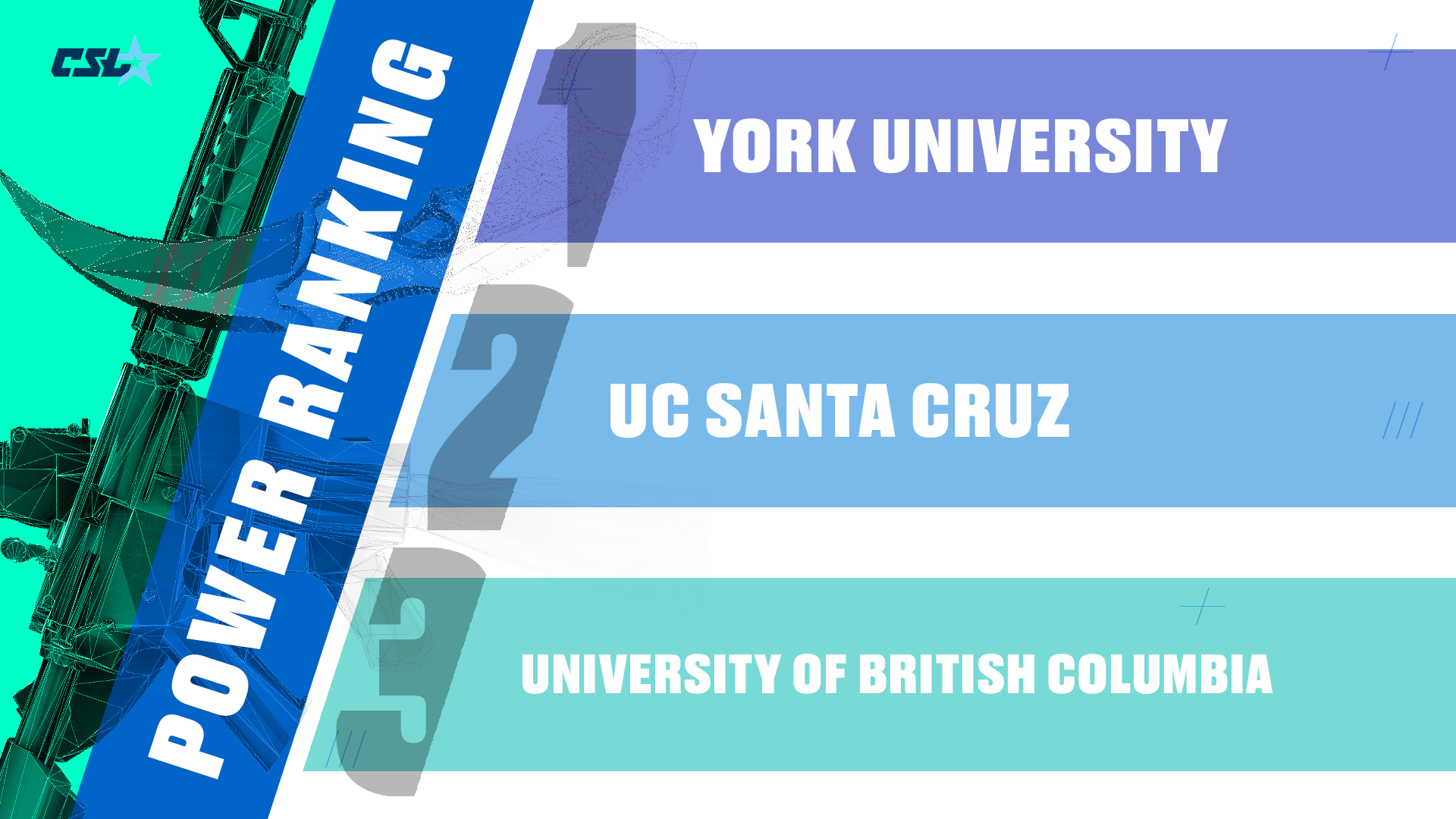 Tune in to the CS:GO power rankings every week for the most up-to-date standings during this exciting season!